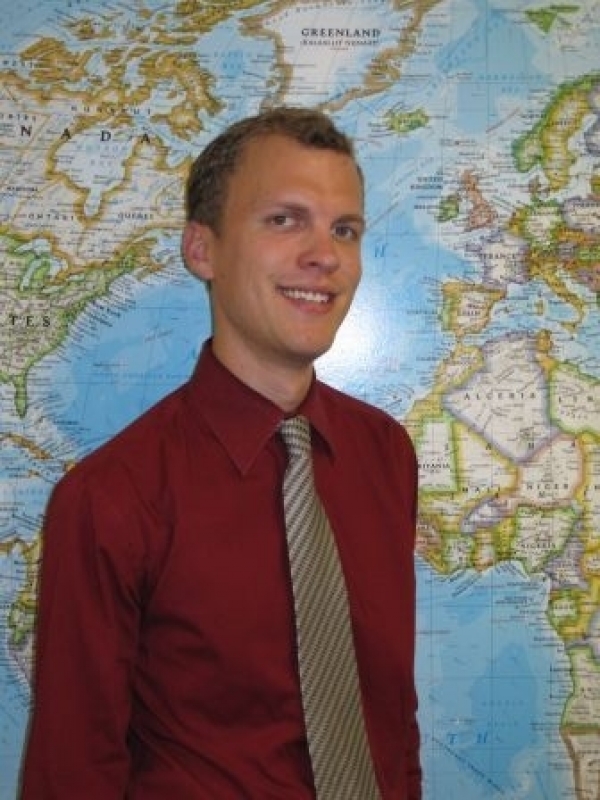 Wesley J. Reisser is a member of the State Department’s civil service, where he has spent the past eleven years working mostly on Middle Eastern issues and the United Nations, including work on Israel-Palestinian negotiations, Syria, and Iran, as well as working on developing foreign policy to address the rights of lesbian, gay, bisexual, and transgender people around the world. Dr. Reisser holds a Bachelors Degree, Summa Cum Laude and Phi Beta Kappa, in International Affairs and History from The George Washington University, and a Masters Degree in Geography from the same institution that focuses on borders and peace settlements. In 2010, he completed a Ph.D. in Geography from UCLA with a dissertation on American border proposals and peacemaking efforts following World War I. Dr. Reisser teaches geography at the George Washington University, including courses on political geography and energy resources. He is a regular lecturer on Middle East Geography, Multilateral Diplomacy, and Middle East Peace at the State Department’s Foreign Service Institute. His first book, “The Black Book: Woodrow Wilson’s Secret Plan for Peace” was published in April, 2012. Besides his professional work, in 2011 Dr. Reisser founded an Eastern European dance group in Washington, DC called the Carpathia Folk Dance Ensemble, and is the 2007 National Geography Bowl Champion.